I was on my way to the Huntingdon stop to catch the Westbound El. I turned North on Emerald St., crossed to the West side in front of a corner store, when I spotted a small shrine. Nestled in the weeds and trash was a small piece of repurposed furniture (a curio cabinet? an end table?). This was placed on a two-tiered platform made of scrap lumber. Empty liquor bottles were carefully arranged inside the cabinet and around the lip of the platform. A menagerie of small, stuffed animals sat along the top and spilled down the sides, their fur matted by rain and slowly losing their color to the sun. “RIP Bug” had been crudely written in black sharpie across the chest of a koala. Next to the shrine a rectangular concrete form had been poured in the dirt. Set in the concrete along with the glass remains of votive candles, there was a plaster heart on which were written the words “In Memory of Bough.” A photograph of a young man in a Phillies hat and jersey was pressed into the heart, too. I was a little surprised it hadn’t been vandalized or tagged or moved to the curb to be picked up on trash day. I stopped, photographed the shrine, and made a mental note to come back later for a closer look.

Even though I didn’t normally take this route to the train, I found myself turning down Emerald St. as the weeks passed to check on the shrine. I was drawn back to wonder about “Bough” and the work of intensely personal remembrance that his friends and family performed here, on this sidewalk, for anyone to see. I thought about how this shrine came to be where it is, when it is, as it is. People must have planned this together, his family, friends, schoolmates. Someone’s hands dug the soil, cobbled together the shrine, made the small heart-shaped marker. People chose this photograph, they arranged a time to meet and place the shrine, and they no doubt emptied some of these bottles of booze together. They chose these toys and their hands placed them here. I wonder if they squeezed the them first, perhaps thinking of the person they would never be able to touch again? What did they feel here, on the sidewalk, standing where I stand? Did they cry? Laugh? What stories did they tell one another? Did they sing or pray? If so, what did they have to say to God? And why did they do this on a public street? How did they acquire the “know how” to mourn Bough in this way?

One day when I returned the shrine was gone.

Not long after I first encountered In Memory of Bough, I started finding other, similar cultural phenomena in the Kensington section of Philadelphia. On the side of a one-story garage, I saw a simple mural. On a white stucco wall, in kelly green text, the word “Irish” is written between two shamrocks above the words “In loving memory of Seamus.” The dates of Seamus’ birth and death appear in small lettering as “Sunrise” and “Sunset.” It was once clearly visible to anyone walking or driving along Coral, but a new three-story condo has effectively made it invisible to public view—unless you know where to look. Not far away, I found other memorials: “In Memory of Mickey” covers the entire wall of a two-story row home on the corner of Boston St. and Coral St.; a park bench with the words “Mickey: Pop’s Baby Boy” routed into the wooden back in front of a house on the corner of York St. and Coral St, a mini-van with a message written on the rear window, a trucker jacket with a photo of the deceased and a poem painted on the back.

While these memorials differ widely from one another in terms of design and medium, they seemed to me to be doing similar work. Whatever their differences, they are all “vernacular” in the sense of bing created by ordinary people to publicly express private emotions. I’ll talk more about that word “vernacular” in another post, but for the moment, I want to focus on what these do, how they do it, and where they do it.

The first thing I notice is that these public expressions of private emotion are “doing” memory work. “Remember” is a verb, after all, and in a real sense these memorials don’t just communicate the idea: “we remember.” Through the very act of communicating to a public audience about a private loss, they demand that others remember, too. Vernacular memorials don’t just communicate information or ideas, they perform what they say in and through the act of saying it, and they do so in a manner that causes others to perform the act as well.

These acts of remembering have a second feature in common: they involve feelings. The emotions or (in more technical terms) “affects” connected with these memorials, such as grief, love, sadness, and more difficult to name but no less deeply felt sensations of loss, are not simply or only private. When we attend a mass or wake, burry our loved ones in a cemetery, celebrate their death by pouring one out for them, or keep a prayer card on the night stand, we are engaged in private collective or personal acts of remembering. Only a select group of “insiders” are permitted to participate.

However, once those feelings or affects are visibly and more-or-less permanently displayed in a public space, they also become public emotions. When memorials become public they create affective places that we might describe as “sites of memory.” Like religious or historical “sites” (Philadelphia is rich in both!) we are meant to feel something special, something out of the ordinary. They aren’t ordinary spaces, they become sacred places. A sidewalk isn’t just a public thoroughfare, it becomes a special place. Those who create memorial sites invite everyone who encounters those affective places to feel something together with them. Whether we know the deceased and the family or not, by passing by this place we participate in mourning and remembering.

Vernacular memorial sites are not only public in the sense that they publicly “speak” to and invite passersby to remember and feel, they are public in the sense of being collective. As I mentioned above, memorials speak and by speaking do what they say: remember. But they also can explicitly speak of the “we” who remember. Sometimes, those who make up the “we” who remember are directly named in the memorial, but more often they are unnamed or simply implied. Consider “Bough” again. We can infer from the placement and composition of the shrine that more than one person was involved in making it. This is true of most of the memorials documented in the Kensington Remembers map. They imply a group acting together, speaking, coordinating, planning, scheduling, making, drinking, praying, crying, feeling.

exploring the culture of memory

Defining culture is like dipping a bucket in a river and thinking “I’ve got it!”

Vernacular memorials are sites of memory and emotion that are public and collective. This is obvious when we look at how they are made (collectively), where they are located (in public spaces), and what they do (they create sites of shared feeling through acts of communication). But there is a final sense in which they are public or collective. Consider the “know how” required to create a memorial site. How do these people know that this is something they can do? Maybe more important, how do they know this is something they should do? How do they know what to do? How do they know what not to do? Where did they learn what objects or symbols to include? Where does their “sense” of what they are doing and how they should go about it coming from?

The simple answer to these questions is: culture. But as anyone who has studied or thought about culture will tell you, it is hardly a simple thing. It is a very difficult thing in part because it is not a thing at all: it is alive, lived, and as anthropologist Victor Turner once wrote, “only comprehensible as lived experience.” What does he mean by “lived” and “living”? Well, consider the fact that so much of the “culture” at work in the sense we have of what can and should be done in a particular situation, of “how to” and “how not to” create a memorial for instance, involves unspoken understandings. This sort of stuff “goes without saying.” “You just know.” Only a child, a fool or a stranger would need it explained to them. It gets more complicated still when that stranger, from another culture, is the one trying to figure it out. The act of defining “culture,” or “a culture,” is itself a task always undertaken within a particular culture and the terms that culture sets for what “counts” as a good definition.

Defining culture, then, is like dipping a bucket in a river and thinking “I’ve got it!” It is never “finalized,” and it is always subject to revision and change because, well, that’s what life and living are: change. It may seem futile, but this is exactly how the Kensington Remembers project got started. It begins as an attempt to understand a culture of memory particular to Philadelphia’s Kensington neighborhoods, especially those often called the “river wards.” By finding, documenting, mapping, and studying these sites of memory, I hope to scoop a bucket out of the flow of culture in these neighborhoods and come up with some provisional understandings of that culture. As futile as that exercise may seem, I think it is worthwhile asking why this culture is where it is, when it is, in the way it is. It’s important not only because this project is about death and remembering in this place, but because it is about life and the living. And maybe we can learn something important about life and living, wherever and whenever we may be. 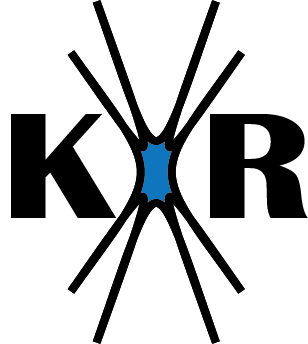